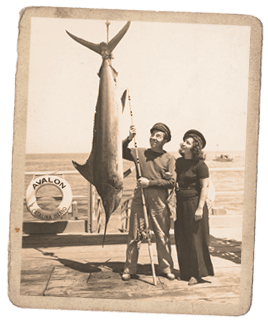 One Sunday in the early morning, just as dawn approached and the first sliver of pink and gold sunlight began to rise over the sheets of white sand that cover Panama City Beach, some young lovebirds were walking hand in hand along the shore when they spotted something in the surf. It appeared to be a black tarp floating closer to land with every incoming wave. When they got closer, however, they realized it wasn’t a tarp at all—it was a man in a black raincoat, his grizzled grey beard flecked with seaweed and clumps of sand. He was unconscious.

Racing to help, the young man pulled the elder from the water and dragged him onto shore while the young woman ran to get help. Paramedics on the scene determined that the old man was alive and rushed him to the nearest hospital; meanwhile, police were baffled at how the man could have gotten ashore when there were no reports of anyone falling overboard or even going missing. But old Miles Harper, as they eventually learned the lost sailor was called, had his own story to tell. 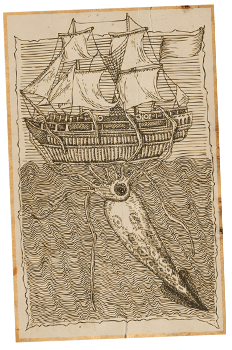 “I was fishin’ offa my boat, Ariel, late Saturday evenin’, when I hooked a big ole marlin.” Old Man Harper told the story as though his life depended upon it, his eyes wide and his hands waving about to demonstrate himself reeling in the fish and the tossing and turning of the boat. “That’s when that big storm rolled in. Don’t think it ever made land, but it was a doozy out there in the Gulf.”

The Ariel capsized and sank, but to hear Harper tell it, it was the fish that pulled the boat down. Or that it wasn’t a fish at all.

“Great big fins come out of the waves—huge spiny things!” He later told his friends at the local bar. “I coulda swore they were green, too, not blue like any marlin I ever saw. Green. Like one of them sea serpents.” He would grow very quiet and take a sip of his drink then. “And then Ariel went under, and all I could see was black. I was in the monster’s territory now, and he knew it. Musta pulled me for miles, and I didn’t let go. I don’t know why I didn’t. Thought maybe I could get closer to shore, I guess, or I just wasn’t thinkin’ at all. My boat, she was drowned, and maybe I figured I was, too. But every time I would get a breath on the surface, and then it would lightnin’ and I could see him… Just the outline of a giant twenty yards ahead of me.” 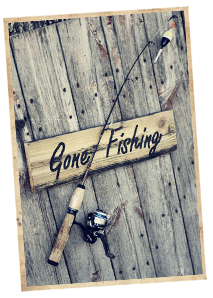 The “sea serpent” pulled Harper for hours, and the stubborn old man hung on for dear life until eventually, his feet hit sand and, surprised by the shock to his legs, he let go of the fishing rod that was connecting him to his monster. As the tide was coming in, however, his sand bar slowly disappeared beneath the blue water, and in the darkness of the early morning, Harper grew exhausted and desperate. “A kind of calm comes over you when you know you’re about to die,” he described it. “I just made my peace with the world and floated best I could. Figured I was shark bait for sure.”

But as fate would have it, he was pushed the last few miles to shore by the tide. “They tell me it was the tide, but I felt somethin’ else nudge me along. It was my monster. I’m sure of it. He was tired, too, but there’s an understandin’ between two creatures who fight as long as we did and come to a draw. A mutual respect. He didn’t let me die.”

Sometimes you can still see Old Man Harper in the pubs around town, nursing his drink and staring out into the crystal blue waters of the Gulf of Mexico, his beard as grisly as ever and a great green sea serpent tattooed on his left forearm. On particularly dreary days, he might even tell you a tale or two.